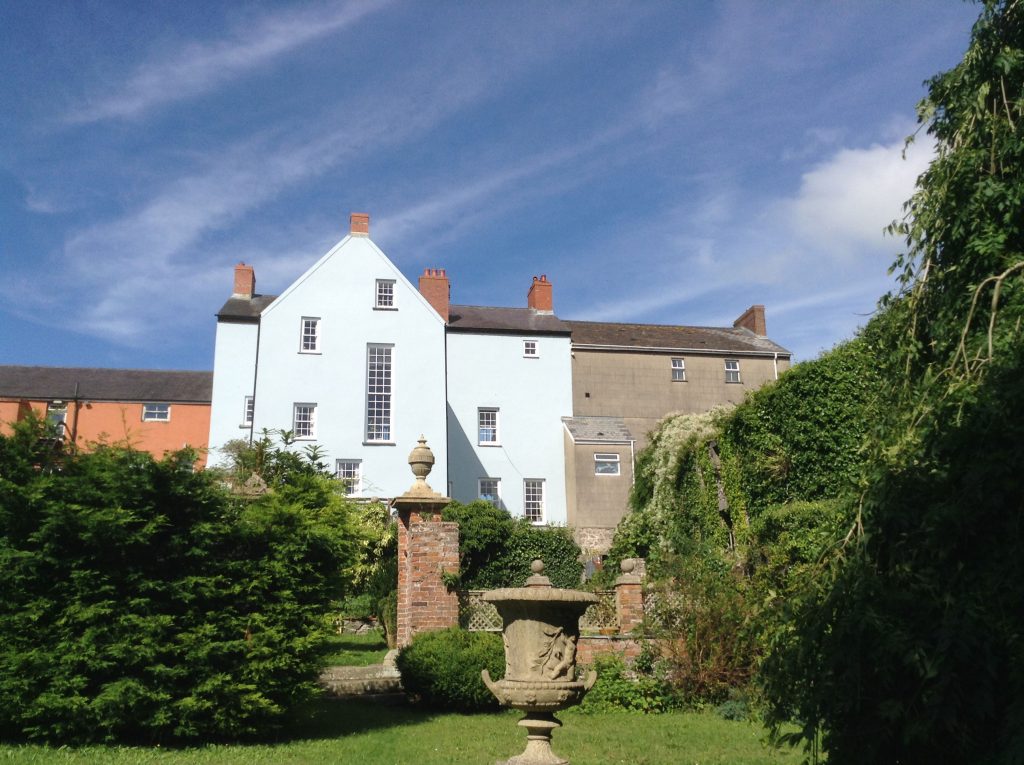 Pevsner says ‘111…the Crowning Glory of the Domestic Architecture’…in Pembroke.

High praise indeed for this magnificent Georgian Townhouse, only the Castle is more important architecturally. Grade 11* historically Listed, very little change is allowed and more original features survive than one could reasonably expect.

John Campbell, of Stackpole, the man who created the Bosherston Lily Ponds and defeated the French at Fishguard, had Penfro built. It was made to impress from the moment the front door is opened. Earlier in 2019, Cadw, the Welsh Heritage organisation, changed the Listing so that the rear is now designated as a small park, not just a garden. The house and small park cover just under an acre.

The house is dramatic, huge and very interesting with original features in every room and area.

My husband, Don, trained at the internationally renowned Shannon School of Hotel Management and worked in Ireland, Switzerland, Germany and was to spend a year in England before going home to Ireland. Fate decreed otherwise, his year was spent in Windsor, where he met me. He remained in the UK working for many hotel companies managing hotels and in charge of Conferences for the whole of the UK for one large group. My background was in hotel Reception until our children were born, later teaching maths part time at an after school. club. While researching my grandfather, I became fascinated by World War One and started my own research business based at the National Archive (then Public Record Office) and eventually became Honorary Secretary of the Machine Gun Corps Old Comrades’ Association which I still run today. (Website : www.machineguncorps.co.uk)

Don decided we should leave London and a chance conversation led us to Penfro,. We walked in, fell in love, bought this amazing house and decided to share its beauty with others.

Come and discover Penfro and perhaps you will fall in love with it too.